A couple of days after the FBI warned that a ransomware group called BlackByte had compromised critical infrastructure in the US, the group hacked servers belonging to the San Francisco 49ers football team and held some of the team’s data for ransom.

Media representatives for the NFL franchise confirmed a security breach in an emailed statement following a post on BlackByte’s dark web site, on which the hacker group attempts to shame and scare victims into making big payouts in exchange for a promise not to leak the data and to provide a decryption key that allows the data to be recovered. The recent post made available for download a 379MB file named “2020 Invoices” that appeared to show hundreds of billing statements the 49ers had sent partners including AT&T, Pepsi, and the city of Santa Clara, where the 49ers play home games. 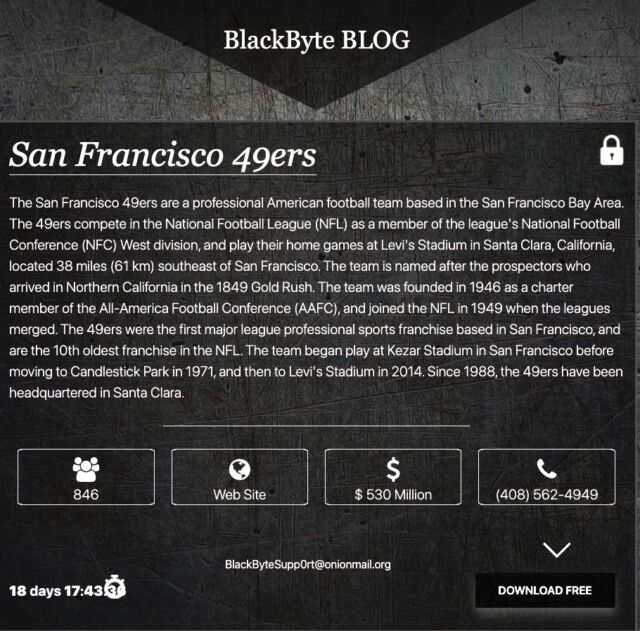 In an emailed statement, franchise representatives said investigators were still assessing the breach.